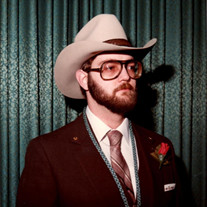 William Harold "Bill" DeMent, 70 of Higginsville, Missouri, died on Sunday, March 6, 2022, at his home. He was born Friday, February 22, 1952 in Kansas City, Missouri, and was the son of the late Reuben DeMent and the late Dorothy (Fisher) DeMent. He was the husband of Cindy (Patten) DeMent, and she survives of the home. Bill attended Ruskin High School in South Kansas City. He married Cindy (Patten) on his birthday in 1975 so he wouldn't forget their anniversary and she wouldn't forget his birthday! He worked a short time with his father hanging siding. He later worked for Napa Auto Parts in their distribution center as a Parts Puller for ship outs. He spent 33 years with Napa before his retirement in 2010. He moved to Higginsville shortly after retirement in 2010 so his family could enjoy the slower and quiet life of rural living. Bill has been a Freemason since 1979 and a member of the Higginsville Masonic Lodge 364 since 2010. Bill was the current Lodge Master and has been since 2019. He is a 32 degree Master Mason. He was also a member of the Ararat Shriners and enjoyed volunteering with many of their circuses as a clown. In Bill's free time he loved woodworking and leather work. He purchased a wood lathe shortly after his son made a wooden ink pen in shop class so the family could learn and continue making ink pens. His presence will be missed by his family and friends. Surviving are his wife, Cindy; two sons, Reuben (Amy) DeMent of Kansas City, Raymond "Andy" (Stephanie) DeMent of Independence, MO; 8 grandchildren, Cody, Justin, Tahiri, Logan, Joeleen, Nathan, Angel, Shyanne. He was preceded in death by his parents; one brother, Robert DeMent; and one sister, Louise Browning. The family will receive friends from 5:00 PM to 7:00 PM on Wednesday, March 9, 2022, at Stewart-Hoefer Funeral Home 1600 Main St. Higginsville, Missouri. A masonic service will follow at 7:00 PM. He will be cremated after the service per his wishes, in lieu of Earth burial. Memorials can be made to Shriners Children's Hospital.

William Harold "Bill" DeMent, 70 of Higginsville, Missouri, died on Sunday, March 6, 2022, at his home. He was born Friday, February 22, 1952 in Kansas City, Missouri, and was the son of the late Reuben DeMent and the late Dorothy (Fisher) DeMent.... View Obituary & Service Information

The family of Bill DeMent created this Life Tributes page to make it easy to share your memories.

Send flowers to the DeMent family.