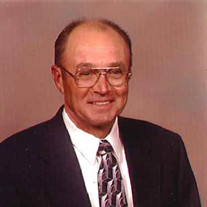 Bruce E. Hartwig, 77, of Higginsville MO, died September 24, 2021 peacefully at his home. He was born December 3, 1943 in Higginsville and was the son of the late Edwin Hartwig and late Lorene (Bartels) Hartwig. He was a graduate of Higginsville High School and attended Central Missouri State University. Bruce married Sue Porter in 1965 and out of that union came two daughters. In 1985, he married Virginia (Ginny) Darnell who had two sons. Ginny preceded him in death on May 25, 2016. Bruce lived the majority of his life in rural Higginsville. He was an independent contractor for much of his life building homes in and around Higginsville. Later in his career, he worked for Wilkerson Construction and was a member of the Carpenter’s Union of Kansas City. Bruce loved tending to his huge garden, sheep, chickens, beloved dogs, and an occasional goat or horse. He was a proud member of the NRA, and an avid hunter and fisherman. Bruce was an active member of the Immanuel Lutheran Church. He also enjoyed cooking, canning vegetables, a good fish fry and some say was a legendary dancer. He was quick to lend a helping hand, share a smile and had an infectious laugh. Bruce was a very simple man, and lived a simple life. Even during his years battling Alzheimer's, he remained kind and grateful. He was preceded in death by his parents; wife, Ginny; brother, Joni Hartwig; brother-in-law, Merrit Fineout; and one grandson. Surviving are his two daughters, Kim (Steve) Bell of Higginsville; Karla (Michael) Herrington of Leawood, KS; two stepsons, Doug (Jan) Darnell of El Dorado Springs, MO; Rusty (Barbara) Darnell of Ozark, MO; two sisters, Karen Fineout of Anna Maria Island, FL; Wanda (Jim) Skelton of Warrensburg, MO; 14 grandchildren, 15 great-grandchildren and many nieces and nephews. The family will receive friends from 9:30 to 11:30 AM and a memorial service will follow at 11:30 AM on Monday, October 4, 2021 at Immanuel Lutheran Church in Higginsville. He will be laid to rest in the City Cemetery following the service. The family suggests memorials to the Higginsville Senior Center or the Alzheimer’s Association.

Bruce E. Hartwig, 77, of Higginsville MO, died September 24, 2021 peacefully at his home. He was born December 3, 1943 in Higginsville and was the son of the late Edwin Hartwig and late Lorene (Bartels) Hartwig. He was a graduate of Higginsville... View Obituary & Service Information

The family of Bruce Hartwig created this Life Tributes page to make it easy to share your memories.

Send flowers to the Hartwig family.