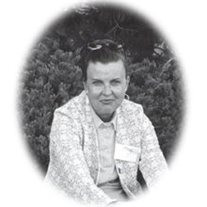 Carol Henrietta Mortensen Stosberg, 89, of Higginsville, Missouri died on Friday, September 20, 2013, at Lafayette Regional Health Center in Lexington, Missouri. Mrs. Stosberg was born Wednesday, June 25, 1924 in Maysville, Missouri, the daughter of the late Alfred Mortensen and the late Lily Michaelsen Mortensen. She was preceded in death by her husband, H. C. Stosberg, in April, 1993. Also preceded in death was brother, Dale Mortensen, and two sisters, Eleanor Bruce and Margret Barnes. Mrs. Stosberg was raised in Higginsville and graduated with an Associates Degree at Central Missouri State, Warrensburg MO. She was a member of Central Christian Church. She was a homemaker and lived in Dover for over 20 years, moving back to Higginsville 3 years ago. Surviving are son, Mark H. Stosberg of Ft. Myers, FL., daughter, Carol L. Harlan of Lexington, MO., 4 grandchildren, Collin Stosberg, Jim Rector, Kerry (Joe) Boyd, Hollye Gurley; and 3 great grandchildren, Beau Rector, Cade Rector and Courtney Boyd. A private graveside service will be scheduled at a later date. The family suggests memorials to the College of the Ozarks. Online condolences may be made to the family at www.hoeferfuneralhome.com

The family of Carol Henrietta Mortensen Stosberg created this Life Tributes page to make it easy to share your memories.