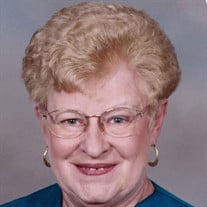 Carol Ann Ridder Pregge, 83, died February 4,2019 at Centerpoint Medical Center in Independence, MO surrounded by her family. Carol was born on October 17,1935 in Corder, MO. She was the only child to Carl Edward Ridder and Lorena Virginia Ridder. As a young girl she loved all her animals on the farm and treated them like her babies even dressing them up. Carol was active throughout school and involved in many clubs, band and basketball. She attended college at Central Methodist College in Fayetteville, MO where she studied business. After college she moved to Kansas City to work and then marry the love of her life, Earl Pregge on June 3, 1956. They were married for 62 years and have two daughters, Cheryl Pregge Stanberry and Karen Pregge Warmund. The two daughters blessed them with five amazing, beautiful and talented grandchildren, Bethany Stanberry, Jenna Warmund, Christina Stanberry, Landon Warmund and Mackenzie Warmund. She enjoyed planning special vacations with the family to Cancun, Caribbean Cruise, Disney Cruise and all family celebrations. She would never miss one of her grandchildren’s performances, games, or special awards. Family was one of the most important things to Carol and she would help or do anything for her family. Carol enjoyed a long career as a preschool teacher and then the Director of the Blue Ridge United Methodist Church Preschool. She loved the preschool and all the children that walked through the doors. This was not only a career but a passion for her. She was a member of the Christian Preschool Association and the Work Area of Education. She also was very involved with Blue Ridge United Methodist Church, teaching Sunday School class, Golden Key, her Priscilla’s circle group and an active member of the United Methodist Women. She was a life-long member of Corder United Methodist Church as well. She was active as a leader in Girl Scouts, PTA and a member of Eastern Star. At the end of her life she spent time at John Knox Village East/Meyer Care Center where she met wonderful and caring friends. A funeral service will be held at the Blue Ridge United Methodist Church in Kansas City, MO at 2:00 PM on Saturday, February 9, 2019. A visitation at the church starting at 12:30 PM on Saturday. Interment to follow the service in the Calvary Cemetery, Corder, MO. Honorary casket bearers: Austin Ritter, Kevin Sharp, Jason Sloderbeck, Stephen Stanberry, Landon Warmund, Sandy Warmund. She is survived by her husband, Earl Pregge; two daughters, Cheryl Pregge Stanberry (Stephen) and Karen Pregge Warmund (Sandy); five grandchilden, Bethany Stanberry, Jenna Warmund, Christina Stanberry, Landon Warmund and Mackenzie Warmund. Carol was preceded in dead by her father, Carl Edward Ridder and mother Lorena Virginia Ridder. Carol will be missed by her family and all the friends she touched. She will be remembered in the hearts of so many lives she touched along her journey. In lieu of flowers, donations may be made to: Corder United Methodist Church 316 N. Main Street Corder, MO 64021

Carol Ann Ridder Pregge, 83, died February 4,2019 at Centerpoint Medical Center in Independence, MO surrounded by her family. Carol was born on October 17,1935 in Corder, MO. She was the only child to Carl Edward Ridder and Lorena Virginia... View Obituary & Service Information

The family of Carol Ann Pregge created this Life Tributes page to make it easy to share your memories.

Send flowers to the Pregge family.