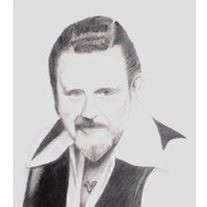 Charles F. "Chuck" Lewis, age 85 of Higginsville, Missouri formerly of Blue Springs, Missouri, died on Monday, December 15, 2014, at his home. Born Friday, October 18, 1929 in Independence, Missouri, he was the son of the late Ralph M. Lewis and the late Gladys (Harris) Lewis. He and Joyce A. Carey were united in marriage July 5, 1947. Mr. Lewis was employed as a leadman on the assembly line at the Allis-Chalmers combine plant in Independence, retiring in 1991. He lived most of his life in the Blue Springs area, moving to Higginsville in 2007. He was a member of Swope Park Masonic Lodge in Independence, Order of Eastern Star in Higginsville #477, and Grace United Methodist Church. Surviving are his wife, Joyce Lewis of the home in Higginsville; one son, Charles Matthew (Brenda) Lewis of Blue Springs; two daughters, Vira Dobbins and Michele Lewis both of Lee's Summit, Missouri; one brother, Samuel (Sharon) Lewis of Shell Knob, Missouri; and five grandchildren, Scott Dobbins, Cassie Lewis Tonia (Joe) Suddath, Matthew Lewis and Kaitlin Lewis. A Memorial service will be held at 2:00 P.M. on Saturday, December 15, 2014 at Grace United Methodist Church, 16 W. 15th St. Higginsville Rev. Terry Cook officiating, Sharon Pragman as organist, and Sarah Thompson as vocalist. The family will receive friends from 1:00 to 2:00 P.M. on Saturday at the Church. Memorial contributions may be made to St. Jude's Children's Research Hospital or Knight's Templar Eye Foundation. Online condolences may be made to the family at www.hoeferfuneralhome.com

The family of Charles F. "Chuck" Lewis created this Life Tributes page to make it easy to share your memories.