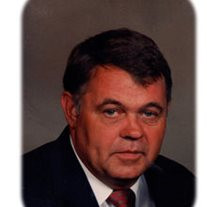 Charles "Charley" Trigg, age 69 of Mayview, Missouri died on Saturday, October 4, 2014, at the V.A. Medical Center in Kansas City, Missouri. Born Sunday, March 4, 1945 in Concordia, Missouri, he was the son of the late Jesse Isaac Trigg and the late Therese Elsie (Westerhouse) Trigg. He and Ruth Ann Gadt were united in marriage on January 22, 1988. Charley worked as a farmer and lived in the Higginsville area most of his life, moving to Mayview in 2002. He served in the U.S. Army during the Vietnam war from December 1962 - December 1965, ranking as an SP4. He was a member of the ADBA American Pitbull Club. Preceded in death are his parents, and two brothers, Jesse and Dan Trigg. Surviving are his wife, Ruth Ann Krueger-Trigg of the home in Mayview; two sons, Christopher Krueger of St. Joseph, Missouri; Chuck (Elizabeth) Trigg of Paola, Kansas; two daughters, Caroline (Thomas) Box of Oklahoma City, Oklahoma; Crissy (Charlie) Hathaway of Spring Hill, Kansas; three sisters, Sally Wegener of Lee's Summit, Missouri; Rosa Lee (Eugene) Starke of Higginsville, Carol Davis of Orange, California and 11 grandchildren. A Military Graveside service will be held Friday, October 10, 2014 at the Missouri Veterans Chapel in Higginsville with Inurnment following. Memorial contributions may be made to Family Choice. Online condolences may be made to the family at www.hoeferfuneralhome.com

The family of Charles "Charley" Trigg created this Life Tributes page to make it easy to share your memories.

Send flowers to the Trigg family.