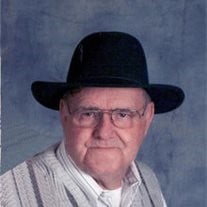 Daniel Leroy Smith, age 70, of Odessa, Missouri formerly of Welington, died Tuesday, December 6, 2011, at Golden Living Center in Odessa. He was born November 2, 1941 in Mountain View, Missouri, the son of the late Ralph Smith and the late Janice Wagner Smith. Also preceded in death are two step-sons, Lester Burks & Harlin Burks; and two step-daughters, Juanita Moorse and Margaurett Stefancik. He was a veteran of the U.S. Army and was married to Edna F. Rowden March 31, 1966. He worked as a loader for LaFarge Cement Plant for 35 years retiring in 1999. He then worked for the Wellington, Missouri Road District for a couple of years. He moved to Odessa in 2011. He is survived by his wife: Edna F. Smith of the home in Higginsville, Missouri; one step-son, Dwayne Burks of Independence, Missouri; 4 step-daughters, Sue (Roy) Smith of Independence; Lillie (Paul) Jennings of Mayview, Missouri; Tanya Jancek of Independence; Jena Dover of Kansas City, Missouri; one brother and two half-brothers; one sister and three half-sisters, 14 grandchildren and 16 great -grandchildren. There will be a private family service at a later date at Greenton Cemetery, Odessa. In lieu of flowers, the family suggests memorials to Family Choice. Arrangements are being handled by Hoefer Funeral Home, Inc., 1600 Main, Higginsville, Missouri

The family of Daniel Leroy Smith created this Life Tributes page to make it easy to share your memories.