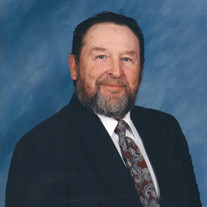 Daniel "Danny" Morris Iman, 79 of Higginsville, Missouri passed away on Friday, June 4, 2021, at Redwood of Raymore in Raymore, Missouri. He was born Tuesday, September 2, 1941 in Higginsville, and was the son of the late Morris Iman and the late Clay Anna Iman (Mills). Danny graduated from Higginsville High School in 1959. He joined the United States Air Force in 1963 and proudly served his country during the Vietnam War until 1967. He married Phyllis (Eastridge) Iman on June 27, 1986. She preceded him in death on September 28, 2015. Danny spent his career working for the City of Higginsville Street Department. He was a member of the American Legion and attended the First Baptist Church. Danny was an outdoorsman; he loved hunting, fishing, and just taking rides in the pick-up truck. Danny was one of the friendliest people you would have ever met. A lot of his days were spent drinking coffee with his buddies, delivering food to friends, or just making his rounds and visiting with people. He was a social guy and enjoyed being in the company of other people. Danny was a master storyteller and could control an entire room with just his witty smile and charismatic personality. Even the funeral home had the privilege of being entertained by his frequent visits just to talk, comical stories, and his fresh garden produce deliveries once in a while. Danny will not only be greatly missed by his family and friends, his entire community will feel the loss of such a jolly guy. Surviving are one daughter, Danette Iman of Odessa, MO; one brother, Charles Iman of Baltimore, MD; one grandchild, Kaydon Iman of Odessa; one nephew, Lane Wentland of Higginsville. He was preceded in death by his parents; his wife Phyllis Iman; one sister, Mary Ann Wentland; and one step-son, Donald Klaus. The family will receive friends from 1:00 PM to 3:00 PM on Thursday, June 10, 2021, at Hoefer Funeral Home. A graveside service with full military honors will follow at 3:00 PM in the Missouri Veterans Cemetery with Rev. Dr. Greg Fine officiating. Casket bearers: Lane Wentland, Gage Wentland, Beau Wentland, Lake Wentland, Brent Fette, Albert Trouester. Memorials may be made out to First Baptist Church.

Daniel "Danny" Morris Iman, 79 of Higginsville, Missouri passed away on Friday, June 4, 2021, at Redwood of Raymore in Raymore, Missouri. He was born Tuesday, September 2, 1941 in Higginsville, and was the son of the late Morris Iman and the... View Obituary & Service Information

The family of Danny Iman created this Life Tributes page to make it easy to share your memories.

Send flowers to the Iman family.