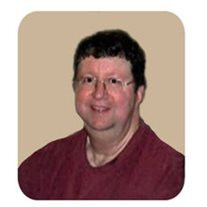 David L. Cunningham, age 61 of Warrensburg, Missouri died on Tuesday, April 28, 2015, at Western Missouri Medical Center in Warrensburg. Born Monday, March 15, 1954 in El Dorado, Kansas, he was the son of the late Robert Bruce Cunningham and the late Bonnie Jean (Volesky) Cunningham. Also preceding him in death is one brother, John Charles Cunningham. Mr. Cunningham was 1972 graduate of Clinton High School, received a Bachelor's Degree in Theatre from UMKC, Master's Degree in Clinical Psychology from Columbia College in New York City and worked toward earning his Doctorate Degree in Clinical Psychology at Syracuse University in New York City. He was vice president of Pearson Communications in New York City as well as Communications Director of Information Systems Technology. He retired in 2002 and moved to Warrensburg from New York City. He was active in the Johnson County Adult Literacy Program. Surviving are one brother, Bob (Laura) Cunningham of Higginsville, Missouri; one sister, Barbara Crawford of Cabool, Missouri; 17 nieces and nephews and 30 great-nieces and nephews. A Funeral service will be at 10:30 A.M. on Saturday, May 2, 2015 at the Hoefer Chapel, 1600 Main St. Higginsville, with Pastor Richard Ricard officiating. Interment will be in the Higginsville City Cemetery. The family will receive friends from 9:30 A.M. to 10:30 A.M. on Saturday prior to the service. In lieu of flowers, the family suggests Memorial contributions be made to the Johnson Co. Adult Literacy Program. Pallbearers are Robert Cunningham, Joseph Cunningham, Timothy Cunningham, Sonny Crawford, Sam Crawford, Ben Crawford, Dan Crawford and Martin Crawford. Online condolences may be made to the family at www.hoeferfuneralhome.com

The family of David L. Cunningham created this Life Tributes page to make it easy to share your memories.

Send flowers to the Cunningham family.