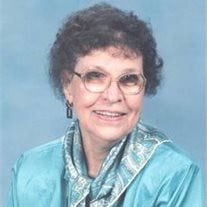 Dorothy F.(Heidbreder) Detert, age 98, of Higginsville, Missouri, died Sunday, October 18, 2009, at Meyer Care Center in Higginsville. She was a member of Salem United Church of Christ in Higginsville. She was a member of Salem Women's Fellowship and formerly a member of the Quilters of the church. When she was younger, Dorothy's hobbies included playing Bridge in two Bridge clubs and she was an avid golfer at the Higginsville Country Club. When living at John Knox Village East in Higginsville, Dorothy was very proud of the beautiful salmon-colored geraniums that she grew and maintained outside of her apartment. She was born August 31, 1911, in Jefferson City, Missouri, the daughter of the late Gotlieb Henry Heidbreder and the late Lusetta Regina (Hagemeyer) Heidbreder. She married Vernon William Detert July 16, 1933. She has been a resident of Higginsville since 1933 and a homemaker. From the early 1960's until the late 1970's, Dorothy was co-owner of Detert's Drugstore, a family-owned business in downtown Higginsville with her husband. She is survived by her son, William Robert Detert and wife Carol of Springfield, Illinois and one sister Marguerite Fraser of Duluth, Minnesota. Preceded in death are her parents; her husband on February 1, 1988; five brothers George, Clifford, Richard, LeRoy and Robert Heidbreder; and one sister Mildred Phillips. Arrangements are being handled by Hoefer Funeral Home, Inc., 1600 Main, Higginsville, Mo., where the family will receive friends from 7:00 P.M. to 8:00 P.M. Wednesday, October 21, 2009. Graveside service will be held at Salem Cemetery at 10:30 A.M. Friday, October 23, 2009 , Rev. Dr. Isaiah Muita officiating.

The family of Dorothy F. Detert created this Life Tributes page to make it easy to share your memories.

Send flowers to the Detert family.