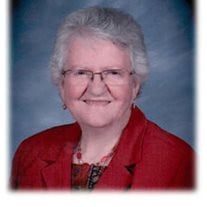 Esther J. O'Dell-Coburn, age 80 of Higginsville, Missouri died on Thursday, July 28, 2011, at her home. Born Thursday, October 2, 1930 in Farmington, New Mexico, she was the daughter of the late George Stearns and the late Mary Hill. She lived in Ray County from 1971 until 1984 when she moved to Higginsville, Missouri. She worked as a developmental aide at the Higginsville Habilitation Center and retired in 1995. She married Russell Franklin O'Dell, Sr. on August 2, 1958. He preceded her in death on September 20, 1992. She married Virgil Coburn on March 18, 1997. He preceded her in death on May 7, 1997. Also preceded in death are one daughter, Rebecca J. Amert; one brother, Russel Stearns and two sisters, Elsie Miller and Olive Stensland. Mrs. O'Dell-Coburn was a member of the Grace United Methodist Church in Higginsville and a member of the United Methodist Women and Circle #1 of the church. Surviving are sons Russell Franklin (Karen) O'Dell, Jr. of Higginsville and Charles Stearns (Suzan) O'Dell of Polo, Missouri; daughter, Linda Sue (Randy) Foster of Higginsville; brother, Allen (Mavis) Stearns of Canton, South Dakota; sister, Annis Ernesti of Yakima, Washington; 12 grandchildren; 15 great grandchildren. A funeral service will be at 10:30 A.M. on Wednesday, August 3, 2011 at Grace United Methodist Church, Higginsville, Missouri. Rev. Kyle Evans will officiate the service with Rev. Emily Carroll assisting. Organist will be Sharon Pragman with Rev. Emily Carroll and Mary Reed as vocalists. Interment will be in Zimmerman Cemetery, Polo, Missouri. The family will receive friends from 7:00 P.M. to 8:00 P.M. on Tuesday, August 2, 2011, at Hoefer Chapel, 1600 Main St., Higginsville. Memorial contributions may be sent to the Baby Grace Fund-Grace United Methodist Church Higginsville 64037 or to the Lafayette County Cancer Coalition, P.O. Box 88 Higginsville. Pallbearers are grandsons. Online condolences may be made to the family at www.hoeferfuneralhome.com

Esther J. O'Dell-Coburn, age 80 of Higginsville, Missouri died on Thursday, July 28, 2011, at her home. Born Thursday, October 2, 1930 in Farmington, New Mexico, she was the daughter of the late George Stearns and the late Mary Hill. She... View Obituary & Service Information

The family of Esther J. O'Dell-Coburn created this Life Tributes page to make it easy to share your memories.

Send flowers to the O'Dell-Coburn family.