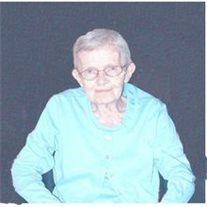 Hazel Marie Kosmiski, age 84 of Higginsville, Missouri died on Saturday, May 8, 2010, at Kansas City Hospice House in Kansas City, Missouri. Born Wednesday, June 3, 1925 in Sedalia, Missouri, she was the daughter of the late Leslie Burlingame and the late Bertha Brennecke Burlingame. After graduating from College High School in Warrensburg in 1943, she moved to Higginsville. Mrs. Kosmiski worked as a librarian at the Robertson Memorial Public LIbrary retiring in 1993. She married Maurice V. Kosmiski December 31, 1949. He preceded her in death on November 21, 1998. Also preceded in death is one sister and one grandson, Brett Kosmiski. She was a member of St. Mary's Catholic Church and a member of the Higginsville American Legion Auxiliary. Surviving are son, Bruce & wife Joyce Kosmiski of Kirksville, MO, daughters, Cheryl & husband Randy Simmons of Holt, MO, Lisa & husband Robert Smith of Higginsville, MO and Laurie Kosmiski of Kansas City, MO, grandchildren Brian & wife Kimberly Kosmiski, Cara & husband Ryan Bowen, Bethany Kosmiski, Jesse Simmons and special friend Nicole, Nathan & wife Noelle Simmons, Eric & wife Sabrina Smith, Becky Baynum and 5 great grand children. A memorial service will be at 2:00 PM on Thursday, May 13, 2010 at Hoefer Chapel with the Father Ron Elliott officiating. Inurnment will be in Higginsville City Cemetery, Higginsville, MO. The family will receive friends one hour prior to the service on Thursday, May 13, 2010, at Hoefer Chapel, Higginsville, Missouri. Memorial contributions may be made to the American Heart Association and the American Lung Association. Online condolences may be made to the family at www.hoeferfuneralhome.com

The family of Hazel Marie Kosmiski created this Life Tributes page to make it easy to share your memories.