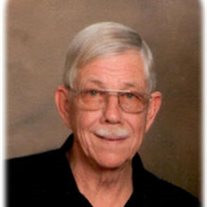 Herb Fleischmann, age 66 of Higginsville, Missouri died on Saturday, September 29, 2012, at Centerpoint Medical Center in Independence, Missouri. Born Saturday, June 22, 1946 in Higginsville, he was the son of Wesley H. Fleischmann and Ruby (Begemann) Fleischmann who preceded him in death. Herb married Jeanne Aversman on Saturday, August 3, 1968 and they were blessed with two children and seven grandchildren. A lifelong member of Higginsville, he was a 1964 graduate of Higginsville High School. Herb worked at Win Cup in Higginsville as Maintenance Supervisor, retiring July 8, 2011. He was also a self-employed electrician for Fleischmann Electric and worked part time at Hoefer Funeral Home. He was an active member of Salem United Church of Christ in Higginsville, serving as an Elder and was past president. He also served in the community where he received the 2003 Individual Outstanding Lifetime Achievement Award. He served as a 3rd Ward Alderman on the Higginsville City Council, Chairman of the Emergency Services, Former Fire Chief and was one of the first EMT's for the Ambulance Service for the City of Higginsville. Herb was a member of the Higginsville Country Club where he enjoyed playing golf. Surviving are his wife Jeanne of the home; one son, Aron (Shelly) Fleischmann of Huxley, Iowa; one daughter, Amy (Delbert) Goetz of Higginsville; one brother, Kenneth (Lana) Fleischmann of Raytown, Missouri; three sisters, Alice (Marvin) Huenefeld of Wellington, Missouri, Janet (Neal) Hoy of Yuma, Arizona, Linda (Don) Logan of Mountain Grove, Missouri; and seven grandchildren, Paige & Dawson Goetz, Brooks, Josie, Blake, Jakson & Breken Fleischmann. A Funeral service will be held at 10:30 A.M. on Wednesday, October 3, 2012 at Salem United Church of Christ, 1500 N. Main St. Higginsville with Pastor Betty Thaller officiating,Doris Jane Stoner as organist, and Ben Nuelle as piano soloist. Interment will be in the Higginsville City Cemetery. Casketbearers are members of the Higginsville Volunteer Fire Department. Honorary pallbearers are retired members of the Higginsville Fire Department and EMS. The family will receive friends from 6:30 P.M. to 8:30 P.M. on Tuesday at the Church. The Family requests Memorial contributions to the Higginsville Fire Department, American Legion E.M.S., or Salem United Church of Christ in lieu of flowers. Online condolences may be made to the family at www.hoeferfuneralhome.com

The family of Herb Fleischmann created this Life Tributes page to make it easy to share your memories.

Send flowers to the Fleischmann family.