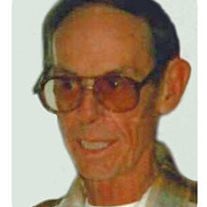 Jerry L. Pragman, 76 of Higginsville, Missouri died on Tuesday, October 25, 2016, at St. Joseph Medical Center in Kansas City, Missouri. Born Friday, September 20, 1940 in Higginsville, Missouri, he was the son of the late Lambert Pragman and the late Mildred Wegener Pragman. He served as a IC1 in the Navy from 1961 until 1967. He was a Veteran of Vietnam War and a member of the Higginsville American Legion Post #223. He received Bachelor of Science degrees in Math and Physics from Central Missouri State University in 1971. He was a member of Grace United Methodist Church and a lifelong resident of Higginsville. He worked as an electrician at Lake City Arsenal retiring in 1993 and also raised cattle on the family farm. Surviving are his significant other, Donna Kresse of Baytown, MO; two brothers, John (Sharon) Pragman of Higginsville and Ernest (Judy) Pragman of Mayview, MO; one sister, Shirley Laverentz of Warrensburg, MO. He was preceded in death by his parents, and two brothers, Donald Pragman and Lambert Martin Pragman, Jr. A Funeral service will be held at 2:00 PM on Monday at Grace United Methodist Church with the Rev. Terry Cook officiating, Mary Biesemeyer, assisting and Sharon Pragman, organist. Interment will be in the Missouri Veterans Cemetery, Higginsville, MO. The family will receive friends from 1:00 PM to 2:00 PM on Monday, October 31, 2016, at Grace United Methodist Church, Higginsville, Missouri. The family suggest memorials to Lafayette County Cancer Coalition or Grace United Methodist Church. Online condolences may be made to the family at www.hoeferfuneralhome.com

The family of Jerry L. Pragman created this Life Tributes page to make it easy to share your memories.