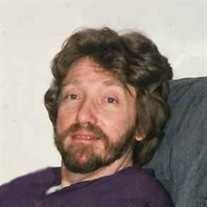 Kenneth Allen Cole, 71, of Smithville, Missouri passed away Thursday, January 27, 2022. Ken was born April 3, 1950 in Kansas City, Missouri. Ken was the only son of Maurine Mills Cole who preceded him in death in 2017. Ken was an avid football... View Obituary & Service Information

The family of Kenneth Allen Cole created this Life Tributes page to make it easy to share your memories.

Send flowers to the Cole family.