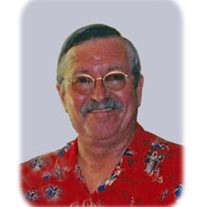 Leland R. (Dick) Neal, age 65 of Corder, Missouri died on Saturday, May 30, 2015, at his home. Born Monday, June 6, 1949 in Higginsville, Missouri, he was the son of the late Clyde Oscar Neal and the late Esther (Koogler) Neal. After graduating from Lafayette County C-1 High School in 1967, Dick attended Central Missouri State University for one year prior to joining the United States Navy. Always a patriot, Dick was proud of his service to his country. His Navy decorations included the Navy's Meritorious Unit Commendation and Expert Pistol Marksman. He served during the Vietnam Era ranking Petty Officer, 3rd class. On July 6, 1969, Dick married his high school sweetheart, Kathy Louise Hayes. After discharge from the Navy, he returned to college, graduating from Central Missouri State University in 1975. He was a teacher for over 30 years, retiring as the Staff Development Officer at Marshall Habilitation Center in 2006. While teaching was his life's work, Dick's joy was his family, friends, music and library. He was also known for hosting the best Independence Day celebration for miles around. He lived in Higginsville until moving to Corder in 1985. Dick was a member of the American Legion Post #223 in Higginsville and a past member of the Board of Directors of the Lafayette County Sheltered Workshop. Surviving are his wife, Kathy of the home in Corder; one daughter, Kelly (Paul) Fox of Corder; one son, Patrick (Amy) Neal of Kansas City, Missouri; two brothers, Clyde (Peggy) Neal of Washington Boro, Pennsylvania and Jerry (Karla) Neal of Corder; two sisters, June Henley of Higginsville and Patricia (Grover) Griffitt of Harrisburg, Missouri; sister-in-law Earlene Neal of Higginsville; three grandchildren, Charles Bollmeyer, Matthew Fox and Sadie Neal; many nieces and nephews as well as extended family and life-long friends. In addition to his parents, Dick was preceded in death by his brother William and two sisters, Wilma Dean Bockelman and Shirley Sears. Joy has now replaced the pain and Dick's family knows that he, Jim, Hoppy and Rick are having a heavenly jam session. A Memorial Chapel service with military honors will be Thursday June 4th, 2015 at 3:00 P.M. In lieu of flowers, the family suggests Memorial contributions to Disabled American Veterans or Crossroads Hospice. Online condolences may be made to the family at www.hoeferfuneralhome.com

Leland R. (Dick) Neal, age 65 of Corder, Missouri died on Saturday, May 30, 2015, at his home. Born Monday, June 6, 1949 in Higginsville, Missouri, he was the son of the late Clyde Oscar Neal and the late Esther (Koogler) Neal. After graduating... View Obituary & Service Information

The family of Leland R. (Dick) Neal created this Life Tributes page to make it easy to share your memories.