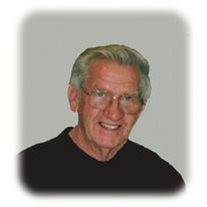 Lester R. Fox, age 70 of Mayview, Missouri died on Monday, October 21, 2013, at Research Medical Center in Kansas City, Missouri. Born Wednesday, February 10, 1943 in Warrensburg, Missouri, he was the son of the late Walton Fox and the late Carrie (Haller) Fox. He married Patricia Franklin May 5, 1968. Lester worked as an assembler for General Motors at the Leeds Plant and also worked at the GM Delco Battery Plant in Olathe, Kansas. He retired in 1992. He has lived in the Mayview area since 1952 and was a 1961 graduate of Mayview High School. He was a former mayor and also served on the Mayview City Council for a total of 25 years. He also drove a school bus for the Odessa School District. Preceding him in death is one brother, Wayne Fox. Surviving are his wife, Patty Fox of the home in Mayview; one son, Brett (Cami) Fox of Green Ridge, Missouri; one brother, Chester (Dottie) Fox of Mayview, Missouri and two grandchildren, Allison and Lane Fox. A Funeral service will be at 10:30 A.M. on Friday, October 25, 2013 at Hoefer Chapel, 1600 Main St. Higginsville, Missouri with Rev. Bret Pritchard officiating. Interment will be in Marvin Chapel Cemetery, Mayview. The family will receive friends from 9:30 A.M. to 10:30 A.M. on Friday prior to the service. The family suggests Memorials to the Marvin Chapel Cemetery Fund. Pallbearers are Brett Fox, Wade Franklin, Casey Franklin, Ed Heiple, Chad Fox and Paul Ransdell. Honorary pallbearers are Lane Fox, Allison Fox, Tanner Franklin, Jake Franklin and Nick Franklin. Online condolences may be made to the family at www.hoeferfuneralhome.com

The family of Lester R. Fox created this Life Tributes page to make it easy to share your memories.

Send flowers to the R. family.