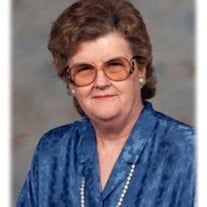 Marilyn (Clouse) Nolte, age 86 of Higginsville, Missouri died on Saturday, March 15, 2014, at her home. Born Thursday, June 9, 1927 in Harrisburg, Missouri, she was the daughter of the late Herman Lloyd and the late Ethel (Purcell) Lloyd. She and Virgil Clouse were united in marriage on April 26, 1947. He preceded her in death on June 22, 1973. She married Albert Nolte in 1974 and he preceded her in death in 1989. Also preceding her in death are three brothers, Milton, Marvin and Donald Lloyd; and two sisters, Gwendolyn Settle and Patricia Cox. Mrs. Nolte worked as an associate at Higginsville Walmart retiring in 1998. She lived in Mayview, Missouri until moving to Higginsville in 1983. She was a member of First Baptist Church in Higginsville; and was a former member of the Women's Auxiliary of the Mayview V.F.W. Surviving are one son, Lloyd Clouse of Higginsville, one daughter, Cheryl Yount of Lee's Summit, Missouri; two brothers, Harold Lloyd and Charles (Willa) Lloyd both of Fayette, Missouri; one sister, Roberta Peeler of Huntsville, Missouri; two grandchildren, Michelle (Bill) Shier, April (Theron) Wagner; and four great grandchildren, Ross , Shelby and Zoey Shier and Journey Wagner. A Funeral service will be at 2:00 P.M. on Tuesday, March 18, 2014 at Hoefer Chapel, 1600 Main St. Higginsville with Dr. Greg Fine officiating and Patricia Holtcamp as vocalist. Interment will be in Marvin Chapel Cemetery, Mayview, Missouri. The family will receive friends from 1:00 P.M. to 2:00 P.M. on Tuesday prior to the service. The Family suggests Memorial contributions to First Baptist Church, Mayview, Missouri. Pallbearers are Ross Shier, Theron Wagner, Buddy Murrell, Bill Shier, Larry Clemmons and Tom Clemmons. Online condolences may be made to the family at www.hoeferfuneralhome.com

Marilyn (Clouse) Nolte, age 86 of Higginsville, Missouri died on Saturday, March 15, 2014, at her home. Born Thursday, June 9, 1927 in Harrisburg, Missouri, she was the daughter of the late Herman Lloyd and the late Ethel (Purcell) Lloyd.... View Obituary & Service Information

The family of Marilyn (Clouse) Nolte created this Life Tributes page to make it easy to share your memories.

Send flowers to the Nolte family.