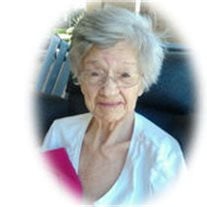 Orpha Jordan Masonbrink, age 88, of Higginsville, Missouri died on Friday, October 18, 2013, at Kansas City Hospice House in Kansas City, Missouri. Born Thursday, December 11, 1924 in Russellville, Arkansas, she was the daughter of the late John T. Roberts and the late Mary E. Osbrun Roberts. Orpha grew up in Russellville, Arkansas before marrying John T. Jordan in 1964; he preceded her in death in March, 1988. She married Buddy Masonbrink on March 15, 1995 in Miami, OK; he preceded her in death in January, 2006. Also preceded in death are one son, Tom Cravens, one brother, Doyle H. Roberts and one sister, Maggie K. Wirth. Mrs. Masonbrink lived in several different locations, including 3 years in Corder, MO and 30 years in Turner, KS before moving to Higginsville 10 years ago. She retired from Red X Supermarket in 1989 and was an avid quilter and loved flowers. She also volunteered at the Classic Shop in Higginsville. Surviving are sons, Randy (Clara) Cravens of Kingsville, MO, Terry (Beverly) Payne of Denton, TX and John Kevin (Christy) Jordan of Turner, KS, daughter, Kathy Jordan of Shawnee Mission, KS, one brother, Otis Roberts of Wichita, KS, 9 grandchildren and 12 great grandchildren. A funeral service will be at 2:00 PM on Tuesday, October 22, 2013 at Hoefer Chapel located at 1600 Main St. Higginsville, Missouri 64037. Interment will be in Memory Gardens Cemetery, Clinton, MO. The family will receive friends from 1:00 PM to 2:00 PM prior to the service on Tuesday, at Hoefer Chapel. Pallbearers are Terry Payne, Randy Cravens, Steve Cravens, Cameron Craig, Tyler Jordan and Kevin Jordan. Online condolences may be made to the family at www.hoeferfuneralhome.com

The family of Orpha Jordan Masonbrink created this Life Tributes page to make it easy to share your memories.