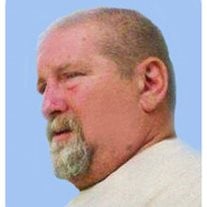 Paul M. Pangborn, 58, of Higginsville, Missouri died on Friday, July 15, 2016, at Centerpoint Medical Center in Independence, Missouri. Born Thursday, November 7, 1957 in Lexington, Missouri, he was the son of the late Paul Donald Pangborn and the late Ella Mae Skaggs Pangborn. Paul was also preceded in death by one brother, Donald Pangborn; and two sisters, Joyce Wells and Diane Boley. He lived most of his life in Lexington, MO although has lived the past 20 years in Higginsville, Mo. He married Vickie Fox on May 2, 1992 and worked as a painter at the Higginsville Habilitation Center, retiring in 2012. Surviving are his wife, Vickie, of the home; one sister, Barbara (Edward) Milburn of Lexington, MO; one sister-in-law, Karlin Pangborn of Liberty, MO and several nieces and nephews. There will be two visitations; one at Hoefer Funeral Home, Higginsville, MO from 7:00- 8:30 PM on Wednesday, July 20, 2016, and also at the Vigen Memorial Home Kahoka, MO. from 7-8:30 PM on Friday, July 22, 2016. Interment will be in the Kahoka Cemetery, Kahoka, MO. In lieu of flowers, the family requests memorial contributions to Family Choice. Online condolences may be made to the family at www.hoeferfuneralhome.com

The family of Paul M. Pangborn created this Life Tributes page to make it easy to share your memories.

Send flowers to the Pangborn family.