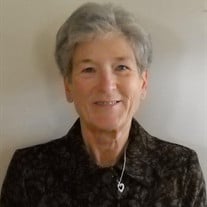 Pearl Morlock Luehrman, 89 of Higginsville, Missouri was called to her eternal home on Thursday, November 28, 2019, at her home in Higginsville. Born Monday, January 13, 1930 in Fortuna, Missouri, she was the daughter of the late Frederick Adolph Morlock and the late Lena (Haerry) Morlock. Pearl graduated from Versailles High School in 1948 and married Walter Luehrman April 6, 1952. She received her teaching certificate from Central Missouri State University and began her teaching career in a one room school house teaching for two years. After starting a family she later went back to CMSU and graduated with her Bachelor's in education. She taught third grade for Lafayette County C-1 for twenty-eight years, 1965-1992 before retiring from teaching. After teaching she cooked for the Senior Center for fifteen years before fully retiring. Pearl was a member of Salem United Church of Christ and very active with the church. Over the years she helped with youth fellowship, was a part of church circles, and was famous for her homemade breads and cinnamon rolls. Pearl loved this beautiful planet God created. She was an outdoor enthusiast and enjoyed bicycling the country roads around the family farm as well as the Katy Trail. She was at peace working in her flower beds and family garden. She would can and freeze, using almost everything she grew in her gardens. Pearl was active in the community throughout the county. She was a 4H club leader and helped manage girls softball in the 60's and 70's. She was a member of the Higginsville Garden Club, Happy Hookers, and the Retired Teachers Association. Walter and Pearl enjoyed traveling. They attended Walter's MFA events, Branson for shows, cruises, Alaska, and Hawaii just to name a few. Surviving are three daughters, Janette (Dean) Fuller of Willis, TX, Karen Luehrman of Higginsville, MO, Lois (Marc Bowman) Crane of North Kansas City, MO; one sister, Corine Walje of Glasgow, MO; three grandchildren, Cindy (Scott) Thomas of Seabrook, TX, Lindsey (Philip) Looper of Tulsa, OK, Kyle (Samantha) Crane of Little Rock, AR; and three great-grandchildren, Kaley, Kendall, Khloe Thomas. She was preceded in death by her parents; husband Walter; one brother, Fred Morlock; two sisters, Nora Rosenhan and Minnie Johnson. A funeral service will be held at 2:00 PM on Saturday, December 7, 2019 at Salem United Church of Christ in Higginsville. The family will receive friends from 12:00 PM to 2:00 PM at the church. She will be cremated after the service per her wishes and the family will bury her cremains at a later date. Memorial contributions may be sent to Salem United Church of Christ. Casket bearers: Wendell Busch, Doug Kempfe, Garrett Riekhof, Gary Riekhof, David Salyer, Justin Salyer. Honorary casket bearers: Marc Bowman, Kyle Crane, Dean Fuller, Stuart Johnson, Jonathan Kempfe, Danny Walje.

Pearl Morlock Luehrman, 89 of Higginsville, Missouri was called to her eternal home on Thursday, November 28, 2019, at her home in Higginsville. Born Monday, January 13, 1930 in Fortuna, Missouri, she was the daughter of the late Frederick Adolph... View Obituary & Service Information

The family of Pearl Luehrman created this Life Tributes page to make it easy to share your memories.

Send flowers to the Luehrman family.