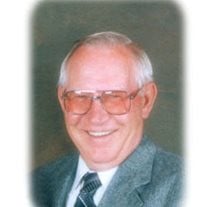 Ralph W. Walker, age 79 of Higginsville, Missouri died on Tuesday, August 20, 2013, at Centerpoint Hospital in Independence, Missouri. Born Tuesday, November 21, 1933 in Pattonsburg, Missouri, he was the son of James Wilburn Walker and Opal (Hall) Walker. He married Sandra S. Salmon February 22, 1956. Mr. Walker worked as a heavy equipment operator for Local Union #101, retiring in 1995. He lived in Overland Park, Kansas for 38 years, then 17 years in Harlingen, Texas, moving to Higginsville in 2013. He served in the U.S. Marine Corp. during the Korean War from 1952-1955 ranking Corporal. Surviving are his wife, Sandra S. Salmon of the home; one son, Timothy Walker of Colorado Springs, Colorado; one daughter, Cathy Walker of Higginsville; 3 grand children, Jesse (Corianne) Davis, Kyle (Kim) Davis, Amber Soto; and one great grand daughter, Katlynn Davis. Preceding him in death are his parents and one sister, Esther King. A Funeral service with military honors will be at 2:00 P.M. on Friday, August 23, 2013 at the Missouri State Veterans Chapel, Higginsville with Interment following. The family will receive friends from 1:00 P.M. to 2:00 P.M. on Friday prior to the service at Hoefer Funeral Home, 1600 Main St., Higginsville. Online condolences may be made to the family at www.hoeferfuneralhome.com

The family of Ralph W. Walker created this Life Tributes page to make it easy to share your memories.

Send flowers to the Walker family.