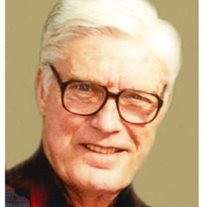 Richard Vorwark, 89 of Higginsville, Missouri died on Thursday, November 3, 2016, at Meyer Care Center in Higginsville, Missouri. Born Friday, August 19, 1927 in Mayview, Missouri, he was the son of the late Andrew Vorwark and the late Willie Douglas Vorwark. He served as a Pfc (T) 1 in the Army during the Korean War from 1950 until 1952. He lived most of his life in the Higginsville and Mayview area. He married Mary Ann Knehans on October 31, 1954. He was a member of the First Baptist Church in Mayview. He was a graduate of Mayview High School class of 1945. He was a member of the American Legion Post #223. He was self employed selling and tuning pianos until he retired in 2014. He is survived by his wife Mary Ann Vorwark of the home. He is preceded in death by his parents; four brothers, William, Julius Andrew, Ernest and Robert Vorwark; five sisters, Iola Roepe, Margaret Amor, Opal Hackler, Dora Williams and Daisy Landucci. A funeral service will be at 2:00 PM on Sunday at Hoefer Chapel with the Rev. Tim Biesemeyer officiating, and vocalists Steve Waters and Teri Curp. Interment will be in City Cemetery. The family will receive friends one hour prior to the service at the funeral home. Suggested memorial contributions are to Lafayette County Cancer Coalition or Preferred Hospice. Casket bearers are Tom Vorwark, Mitch Landucci, Robert Williams, Larry Williams, Jerry Williams and Don Williams. Honorary bearers are Steve Waters, John Campbell, Jim Lieser, Bill Wegener, Frosty Hoefer and David Lovvorn. Online condolences may be made to the family at www.hoeferfuneralhome.com

The family of Richard Vorwark created this Life Tributes page to make it easy to share your memories.

Send flowers to the Vorwark family.