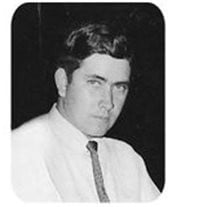 Bob McGinness, age 78 of Waverly, Missouri died on Thursday, February 23, 2017, at Apple Ridge Care Center in Waverly, Missouri. Born Sunday, February 5, 1939 in Higginsville, Missouri, he was the son of the late James Leonard McGinness and the late Sophia Leas McGinness. Bob was a graduate of Higginsville High School and lived most of his life in the Waverly and Marshall area. He served in the US Army from February 14, 1958-September 2, 1959. He married Mary Lee Shore in 1958, the mother of his daughter, Terry. He later married Rebeccah Lynn Rayburn in 1979, who was the mother of his daughters, Sarah and Kate. Preceded in death are 5 brothers, Jim, Forrest, Wilbur "Pat", Lloyd and Francis McGinness and 2 sisters Ann Sherry and Margaret Remillard. Bob worked as a laborer at Ford Motor Company and had a career as a salesman for various companies. He was an avid horseman in younger years and was a member of the Appaloosa Horse Club and the Higginsville Saddle Club. He also was a member of the Gill Memorial Baptist Church in Marshall and a member of the Cowboy Church in Sweet Springs. Surviving are his daughters, Terry (James) Joiner of Braymer, MO, Sarah of Sedalia, MO and Kate McGinness of Carrollton, MO; one grandson, two granddaughters, 2 great granddaughters and many nieces and nephews. A funeral service will be at 2:00 PM on Friday, March 3, 2017 at Missouri Veterans Chapel, Higginsville, MO. Interment will be in Missouri Veterans Cemetery, Higginsville, MO. Memorial contributions may be sent to Apple Ridge Care Center, Waverly, MO or the Cowboy Church of Sweet Springs, MO. There is no visitation scheduled. Online condolences may be made to the family at www.hoeferfuneralhome.com

The family of Robert "Bob" McGinness created this Life Tributes page to make it easy to share your memories.