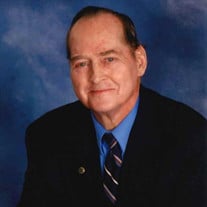 Walter Marshall Small, age 77 of Independence, Missouri was called to his Eternal Home on Friday, September 4, 2020 at St. Luke's North Hospital in Kansas City, Missouri. He was born on March 3, 1943 in Lexington, Missouri, and was the son of the late Robert J. Small, Sr. and the late Lena M. (Hoeppner) Small. Walter was baptized on April 15, 1943 at the Immaculate Conception Catholic Church in Lexington, Missouri and on April 16, 1972 he was confirmed in Christ at Immanuel Lutheran Church in Higginsville by Rev. Homer Kurth, pastor of Trinity Lutheran Church in Alma, Missouri. Walter and Shirley Ann Harms were united in marriage on November 20, 1965 at the Immanuel Lutheran Church by Rev. John Fischer, pastor of Zion Lutheran Church in Corder, Missouri. Walter lived in the Mayview area his entire life, attending school there and graduated from Mayview High School in 1961. After graduation, Walter worked for the Lexington Creamery, Montgomery Ward in Lexington, Allis-Chalmers in Independence for 4 years and then worked 31 years at the Ford Motor Company in Claycomo, Missouri from 1968 until his retirement in 1999. He served his country in the Army National Guard from October 1963 until November 1969 attaining the rank of E-3. After his retirement from Ford Motor Company, Walter and Shirley enjoyed traveling throughout all 50 states and cruising the Caribbean Islands. Walter and Shirley enjoyed going to their grandchildren's baseball games whenever they could. He enjoyed the NFL and especially the Kansas City Chiefs, and even worked for the Chiefs organization in 2003. He also enjoyed college football and the Missouri Tigers. Walter is survived by his wife, Shirley Small of the home; one son, Michael (Cindy) Small of Parkville, Missouri; one daughter, Kelly (Gary) Heinen of Kansas City; one brother, Robert J. (Susan) Small Jr. of Lexington, one sister, Mary Wallace of Higginsville, one sister-in-law, Marilyn Small of Lexington, one son-in-law, Russ Bradbury of Sedalia, Missouri, and 3 grandchildren, Steven Bradbury and Sarah Bradbury of Sedalia, and Allyssa Brubeck of Platte City, Missouri. Walter is preceded in death by his parents, Robert and Lena Small; one brother, Forrest Small; one sister, Ruth Ann Cary; and one daughter, Sherry Bradbury. A funeral service will be held at 2:00 PM on Wednesday, September 9, 2020 at Immanuel Lutheran Church with Rev. Kurt Brandon and Rev. Craig Otto officiating. Interment will follow in the Higginsville City Cemetery. The family will receive friends from 1:00 PM to 2:00 PM, one hour prior to the service. Memorial Contributions may be made out to St. Matthew Lutheran Church of Lee's Summit, MO or the American Heart Association. Casket bearers: Russ Bradbury, Steven Bradbury, Steve Harms, Gary Heinen, Michael Small, Tommy Wallace. Because of the current health conditions, masks and social distancing are highly encouraged.

Walter Marshall Small, age 77 of Independence, Missouri was called to his Eternal Home on Friday, September 4, 2020 at St. Luke's North Hospital in Kansas City, Missouri. He was born on March 3, 1943 in Lexington, Missouri, and was the son of... View Obituary & Service Information

The family of Walter Small created this Life Tributes page to make it easy to share your memories.

Send flowers to the Small family.