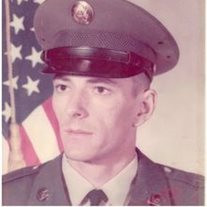 Willie Keith Summers, age 60 of Higginsville, Missouri died on Sunday, October 24, 2010 Born Wednesday, January 11, 1950 in Warsaw, Missouri, he was the son of the late Willie Robert Summers and the late Juanita Elizabeth Cooper. He formerly worked for Fisher Construction, and trimmed trees. He was co-owner of Handyman Exterminating & Tree Service and co-owner of Crocker's Bar & Grill in Higginsville. He lived most of his life in Higginsville and was a member of the American Legion Post #223. He served as a Staff Sergeant in the U.S. Army from 1972 until 1978. He was a Veteran of the Vietnam era. Surviving are son, Brian Summers of Higginsville; daughters, Barbie Summers of Higginsville, & Gwen (Domonic) Longo of Roanoke, Virginia; brothers, Johnnie (Bobbi) Summers of Higginsville, Russell (Jo Anne) Summers of St. Joseph, Missouri, Wayne Summers of Kansas City, Missouri, & Mike (Lori) Summers of Richmond, Missouri; sisters, Kay (Jack) Woods of Higginsville, & Ada Periman of Higginsville; nine grand children. A Funeral service will be at 6:30 P.M. on Wednesday, October 27, 2010 at Hoefer Chapel with Brother Nathan Goring officiating. There will be a visitation immediately following the service. Inurnment will be held 3:00 p.m. Friday, December 3, 2010 at the Missouri Veterans Cemetery, Higginsville. Memorial contributions may be sent to Family Choice. Online condolences may be made to the family at www.hoeferfuneralhome.com

The family of Willie Keith Summers created this Life Tributes page to make it easy to share your memories.

Send flowers to the Summers family.